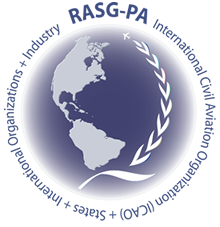 MORS is required for an accident or serious incident as defined by ICAO. These reports will be investigated by the Accident/Incident Investigator

Any aircraft commander flying in Belize airspace who believes his aircraft has collided with one or more birds must report this as well as a MORS if there is damage sustained by the aircraft per ICAO definitions. See above for clarification. Bird Strike form and MORS form.

The Wake Turbulence Encounter form has been incorporated into the MORS form.

The objective of the MRDS is to report items not required by MORS, but affects operation/service of the aircraft. This includes; return to the gate, aborted takeoff, unscheduled landing any delayed departure and emergency services called (police, fire department, ambulance etc....) whether it is actually used or not. This form also includes events that do not directly involve the aircraft. This report goes to the SSPT.

This reporting system is available to the aviation industry members and the passengers to report unsafe acts or hazards. This is a confidential reporting system that encourages the reporters name but does not require it. The report may not be fully investigated if it is anonymous.

Do not use this form for malicious intent. This form will continue to allow anonymous reporting as long as it is being used responsibly. If the BDCA or the SSP Team notice the reporting scheme being used for anything other than honest reporting of safety issues and/or hazards, the team will discontinue allowing it to be anonymous and investigate any charges brought to their attention.

What should not be reported are the following; any accidents or incidents covered by MORS, illegal activities, complaints, illicit acts, occupational health industrial issues, workplace conflicts, or airport security.

What should be reported are events which have had or may have had an impact on safety and have not resulted in an accident or serious incident.

This report can be used for administrative protection provided it meets certain requirements:

Only persons who are members of the SSPT and who have satisfactorily completed a recognized accident/incident investigation course will have access to the unredacted reporting forms. Once the investigation is complete, the redacted form will be sent to the Assistant Coordinator to be inputted into the database.